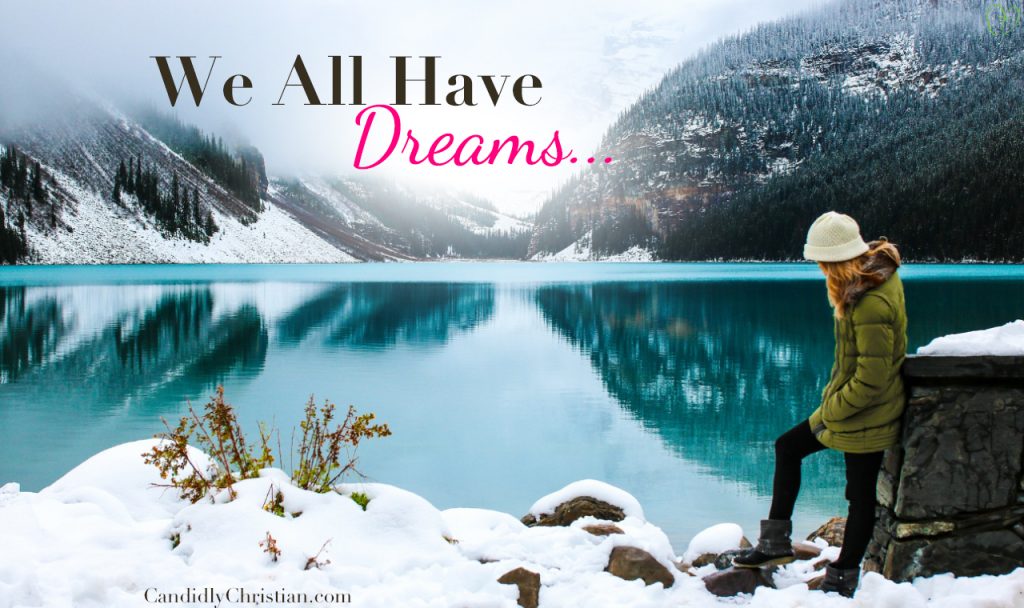 As a writer, I have stories.

For each of those stories, I have dreams.

I have goals and aspirations for where the story is going to end up, what the characters will learn along the way, and how each aspect of the plot will play out.

Thing is, sometimes the original dream for a particular story doesn’t turn out to be very writable. At least for me.

For example, I have one story I really wanted to be a romantic comedy. Turns out I’m not all that funny as a writer. So the book it turned into is not what I wanted it to be. Oddly enough, it sold for awhile and got good reviews.

I’ve had specific dreams for another long-time work-in-progress. As I write it though, it turns into something that is not really my original dream for it. That’s what stops me from working on it. The more I write, the less it looks like my original expectation, and I’ve allowed that to stop my progress.

Actually it’s not just writers who have stories. All of us do.

Your Stories, Your Dreams

Some of us have the stories we write onto paper and try to get published, but everyone has a story they tell themselves. Stories about life, children, marriage, careers, church, God, etc.

These stories are also called dreams, and we have them for every aspect of our lives.

But then reality comes along and our life doesn’t look like the dream.

When Reality Takes Over Your Dreams

We have dreams of how our marriage ought to look, until reality takes over. I’m not talking here about a bad marriage, just not what we expected as a young, new couple.

We have a dream for the way we’ll raise our children, and sometimes the reality means the dream never comes to pass. Reality can force us to give up on that dream.

The same with our careers and everything else in life.

Thing is, does that mean we give up on all dreams?

When reality takes over and changes the dream, does that mean we stop writing in it? Do we put that story on the shelf and see if it changes when we take it back down a month or two later?

No. The more I think on it, the more I realize we have to just create a new dream. It might not be easy, but having a new dream is just as valid as chasing that old one, and might actually be healthier mentally.

Rather than ignoring all of the reality around us, embrace it. Create a new dream out of the things you’ve been given.

My long-time work-in-progress had me dreaming one way, but as I write the character’s story, it’s turning into something different. Do I push the story back to where I’d originally intended it to go? Or do I embrace a new dream for the book? The third alternative is to just give up on the story altogether, which is what I’ve done several times – hence my having worked on it for the past five years and never seeing it published.

When our children don’t turn out the way we’d dreamed they would, do we give up on them? Or do we embrace a new dream based on their reality?

When our talents and skills draw us toward a career we didn’t expect, do we reject that or do we embrace a new dream of accomplishing a career in a different field?

When our marriage doesn’t look like our original dream, do we leave it to look for a new one? Or do we embrace the dream of this marriage? (again, I’m not talking about an abusive situation or something that is harmful or dangerous to you or the children.)

Embracing a new dream is not giving up. It’s taking reality and turning it into something beautiful.

What new stories have you written for your life over the years?