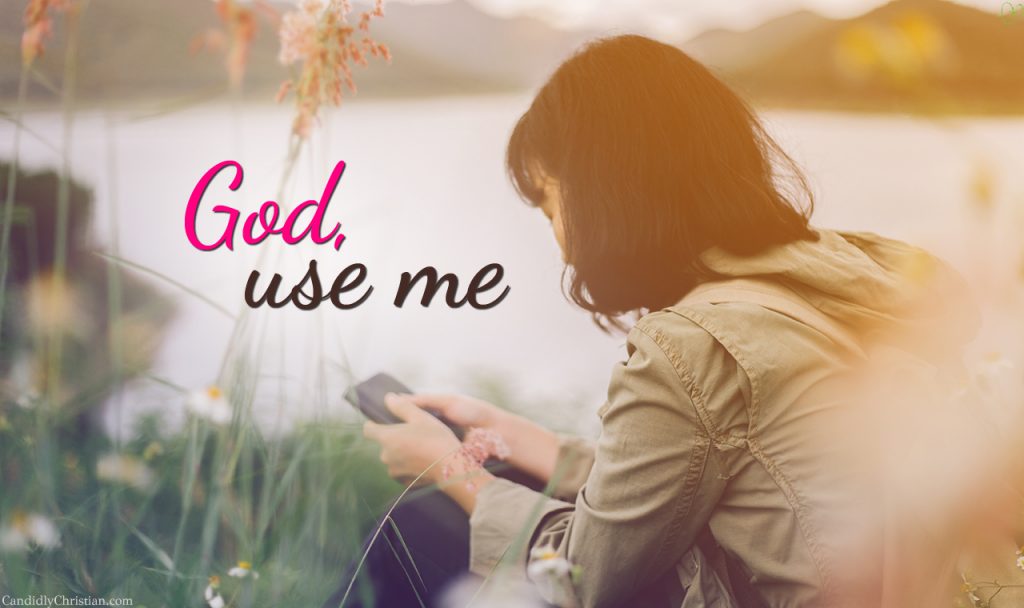 I’ve seen more of a trend in the last few years in Christianity – people talk about God usually picking from people who’ve lived in terrible sin. They say things like don’t worry about feeling unqualified to be used by God because He “usually recruits from the pit, not the pedestal.”

Over the past few years, I’ve been greatly discouraged by this on a personal level. I felt like I’d been set aside. I never lived in any way that most people would consider “great sin.” I grew up in church, was a good little Sunday school girl, memorized my verses, went to Awana, went soul winning on Saturdays, all of it.

I mean I remember being taught that if I lived right, (after salvation through faith in Christ alone), I’d equip myself to be more capable of being used by God.

Now that I’m an adult, I see this different viewpoint all over the place though. It seems to say that if I’d lived a life filled with sin growing up, I could have been used more by God now. That somehow because I didn’t “disqualify” myself, then I’m actually now less qualified to be used by Him.

Then I look at what God actually shows us in the Bible.

First There Was Paul…

Paul was a religious zealot, literally a Pharisee of the highest degree. He lived a life worthy of no reproach within the Jewish religion. We count him as a “murderer” because he went after Christians, but that was his religious zealotry. He thought he was serving God when he did all that. Before that point, he was without reproach. He lived a life of cleanliness, following the rules, studying diligently, doing what he had learned God wanted of him. Ultimately Paul was a religious intellectual who valued clean living and strict adherence to God’s law.

Because if God were not behind Jesus Christ then Paul was doing what the Jewish scriptures would have required of him.

And Then There Was Peter…

In contrast, Peter was a rough man, a man who grew up learning fishing as a trade, a man who lived by the hard work of his hands. He was not an intellectual… he didn’t mince words… he valued action. The Bible doesn’t tell us that he lived a life of sin, but he at least knew a few curse words and when pushed by extreme stress, used them. Curse words don’t compare with living a life of debauchery, I understand that. And we don’t actually know anything much about Peter before he met Christ. Perhaps he was a man who strove to live according to the Jewish law as well, but for this purpose here, he does contrast with Paul in many significant ways.

Looking at this objectively, you could say God used Paul to a greater degree than He used Peter. At least within the realm of teaching other Christians how to be Christ-like, God used Paul far more. Paul’s missionary work in multiple countries had a wider reach and did more to cement Christianity on a broader plane than Peter’s reach ever attained, at least that we know of.

Though we don’t have a record of Peter’s individual reach.

So here’s what I see.  God used both of them.

Paul had a more public, broader reach. Peter’s perhaps was more on the one-on-one level, though Peter was also in public leadership.

Was any of this directly related to the differences in the men’s former lives? Was it because of their different upbringing?

I think it’s entirely possible. What your life looked like before Christ can influence how God uses you, but now I think it’s more based on personality rather than God disqualifying us because of some specific act we did or didn’t do.

Perhaps it was never accurate for me to be told that “if I lived right, then God can use me more.” Perhaps it was always that God channels each of us in different directions based on our background, but He will always use all of His children.

God used Paul to teach a wide range of believers how to set up churches, how to influence societies, how to have an impact on the world. God used Peter to do some of those same things, but perhaps on a more personal level.

And where would we be today if either of those uses had not happened?

Ultimately, we don’t follow God’s commands because then “God can use me…”

It doesn't matter if our past was good or bad, God WILL use us. Click To Tweet

No matter which one we are in the ranks of Christianity, we’re pulling together. We’re walking down this path together with Christ, leaving behind those things that came before and walking toward the prize in front of us.

Did you have an impression of Christianity or God as a child that you’ve had to adjust as an adult? What did you do to help yourself adjust to that new realization?