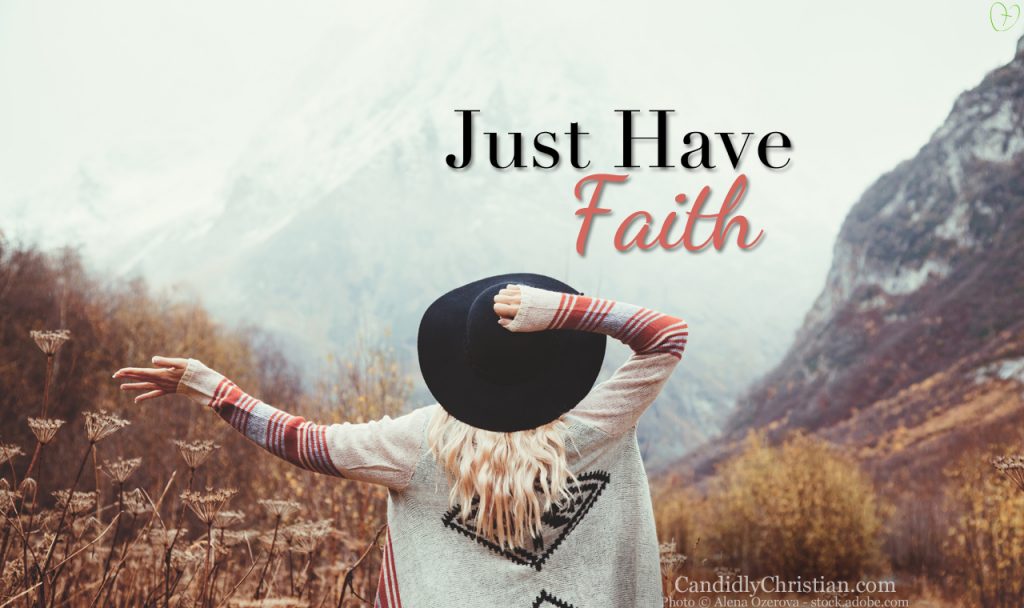 Has anyone ever said that to you?

I know pastors who have spoken against those phrases saying that they are not helpful. And I get it, I want the answers too. When God speaks, I want to know the what, where, when, how, and why. And you know what? Sometimes He actually gives me the answers, sometimes He gives me glimpses of the why. There are times when He will tell me what steps to take, and which path to follow.

But sometimes He encourages me to step out of the boat in faith alone.

Those times can be really hard. You can be stuck wondering if you heard His leading right. This past Fall, I was stuck wondering Why a lot. What I believed to be true was challenged more than it ever had been before, and I was left considering if His promise was really true.

It really isn’t a fun place to be. Feeling like everything you knew to be true was turned upside down and flipped on its side. Why God? Why lead me to this place? This place of uncertainty and feeling of confusion. I don’t like that place, not at all.

But let me tell you about the icing on my uncertainty cake.

When God Closes a Door

We take decisions in life pretty seriously, and so when we were trying to find a place for our son to go to preschool we took a lot of time to pray for God to place us in the right school that would be a good fit for him. And He did. He literally closed every single door, and only left one open. The door to the school he has been at for the past year and a half.

This school is not in our town and is about a half hour away, but it is close to where my husband works. We tried to get him closer to home a few times but God kept shutting the door.

In late October, my husband found out that his job was going to transfer him to a store closer to home. He was given a 2-day notice. Usually being transferred closer to home would seem like a good thing, but that would make it impossible for us to keep Charlie at the school where God had placed us. A school that we all love.

In a season where our family already had so much coming against us, this was it. This was the icing on my cake called “uncertainty”. Why God? Why would You put Charlie at a school, knowing that we would have to pull him out of a school he loves, and find a place with in a couple days (impossible)? Why do you have us here? I was angry. I was sad. And I cried a lot.

I Had To Have Faith

But His word holds weight, and so does His leading. And He did what only He could do. He interfered in the affairs of man, to get my husband into a store where we could keep our son in his school. I never needed to be angry, or sad, or doubtful if we had made the right decision. What I needed was to just believe, and just have faith in where He had led our family, because He intervened, just like He does. 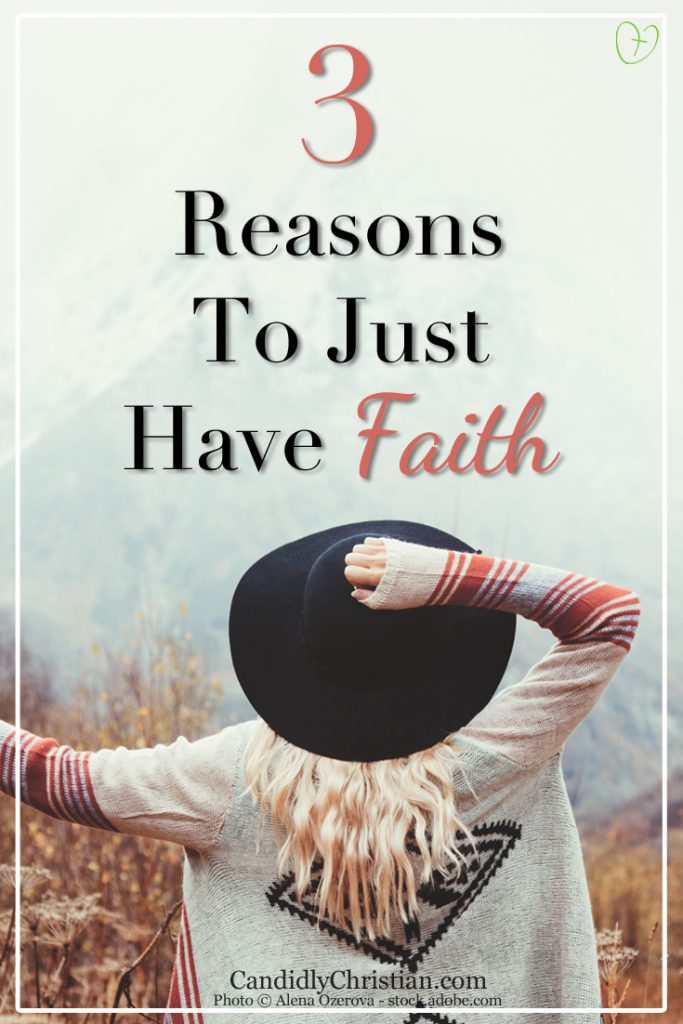 When the angel visited Mary to tell her of what was to come, and after greeting her and letting her know that she is highly favored the first thing he says is Don’t be afraid. Now I am not sure if he says this because having an angel visit you is a bit out of the ordinary and probably quite alarming, or because what he was about to say was impossible and it was going to be hard to live out without faith. But his departing words to her are For God can do all things.

The One Reason We Should Just Have Faith

So, what is the one reason we should just have faith? Because sometimes, He tells us to. He tells us to not be afraid, to just believe, and that with God all things are possible. God encourages us to not be afraid, and to fear not. Sometimes the message is delivered by God Himself, sometimes it is by an angel, and other times the words come out of the mouth of Jesus.

Okay, well that is 3 things (consider it my Christmas gift to you!). When He speaks, He orchestrates the impossible. Just like He did when the angel visited Mary, and the virgin gave birth to the Prince of Peace.

Beautiful One, I will say it, because sometimes that is what we need to hear. Just have faith. Just believe. Have the confident hope just because the King who would be born in a manger came to earth as the sacrificial lamb, to be born, and live, and die, and defy death by rising from the grave, so that we could believe in the power of His love.

Above I mentioned about what was happening being the icing on my cake called “uncertainty”. Each year, as a family we actually bake a cake and sing happy birthday to Jesus. This year the icing on our cake will be “just have faith, just believe”.

Is there an area where you need to have faith? Or have you seen God provide in ways that could only be from Him? We’d love to hear from you in the comments below!