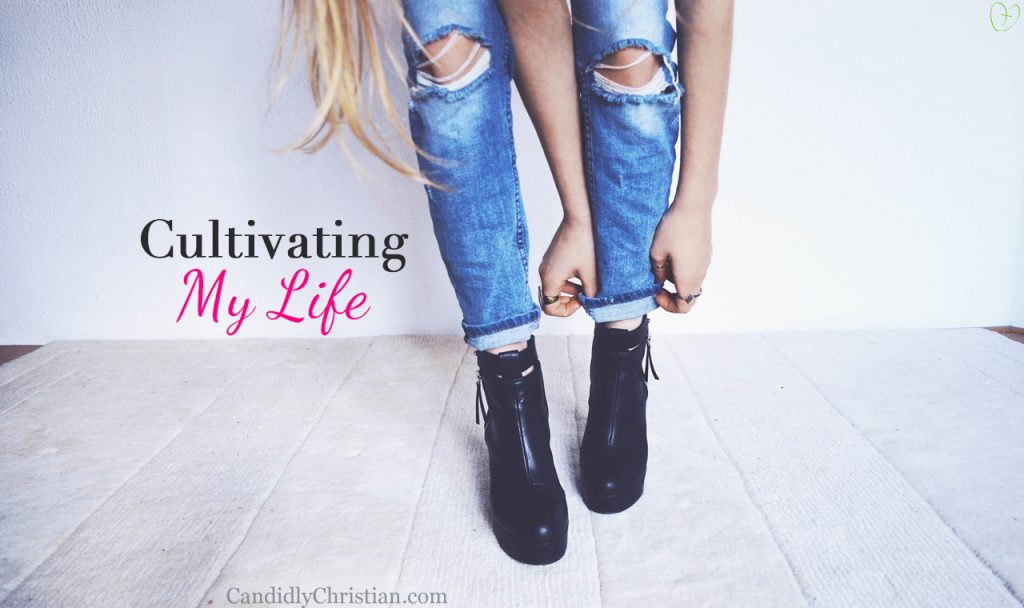 How I Want My Life To Look…

I want it to look like “I got this”, and make it seem like I am strong enough to handle what life throws at me. To make it appear that there are no hardships to endure. To make it look like I can be my own savior. I want to be able to see what is ahead, and know that it is good. And sadly, I want God to answer my prayers in my timing, so I don’t have to “hope” that He will come through as He promises, and that having faith is easy.

What I want and what I know are two different things. This isn’t what I know to be true, and this certainly isn’t the Gospel.

I shared in last month’s post, and my post from December that we had a tough few weeks in the Fall. I was angry at God, and asked Him “Why?” a lot. Like a lot. I was tired of being in that state, and I was pretty broken.

The Truth Is, Life Is Hard…

A Lesson From Lazarus

I was reading today in the book of John where Lazarus has died. You can read the full story in John 11, but when Jesus first hears that Lazarus is sick, He says “This sickness will not end in death. No, it is for the Son’s glory so that God’s Son may be glorified through it”, and then later tells His disciples that they need to go back to Judea where Lazarus is.

And this is where they begin to question Jesus. In the disciple’s defense, the Jews tried to stone Him in Judea. The question of “Why” was of course at the forefront of their thinking. But Jesus stands firm and says “Our friend Lazarus has fallen asleep; but I am going there to wake him up.”

Of course, they respond to Him that if Lazarus sleeps, he will feel better, even though Jesus wasn’t speaking of resting, He was speaking of death.

Now Jesus is going to lay it out there for the disciples “Lazarus is dead, and for your sake I am glad I was not there, so that you may believe. But let us go to him.”

So, they go to Judea and Martha comes to meet them. At this point Lazarus has died, and Martha says to Jesus “if you had been here, he wouldn’t have died.” Jesus assures her that her brother will rise again, but she still doesn’t understand. She knows who Jesus is, but she doesn’t understand. I imagine she was asking the question “Why?” too.

And then Mary comes along. She also says to Jesus, “If you had been here, my brother wouldn’t have died.” He sees her and others weeping, and is deeply moved and troubled, and then asks where he has been laid.

“Could not he open the eyes of the blind man have kept this man from dying?”

Take away the stone? “by this time there is a bad odor, for he has been there for 4 days.”

Can you hear yourself in these statements? They sound a lot like me.

But Jesus. “Did I not tell you that if you believe, you will see the glory of God?”

And then He calls Lazarus out of the grave and says “take off the grave clothes and let him go.”

“I am the resurrection and the life. The one who believes in me will live, even though they die; and whoever lives by believing in me will never die.” John 11: 25-26

This is Gospel. The dead coming to life, because they believe in Jesus. So, what should our lives were advertisements for the Gospel?

We would love to hear from you! What makes it hard for you to believe, and what makes you keep going when it is hard?

What makes it hard for you to believe, and what makes you keep going when it is hard? Click To Tweet