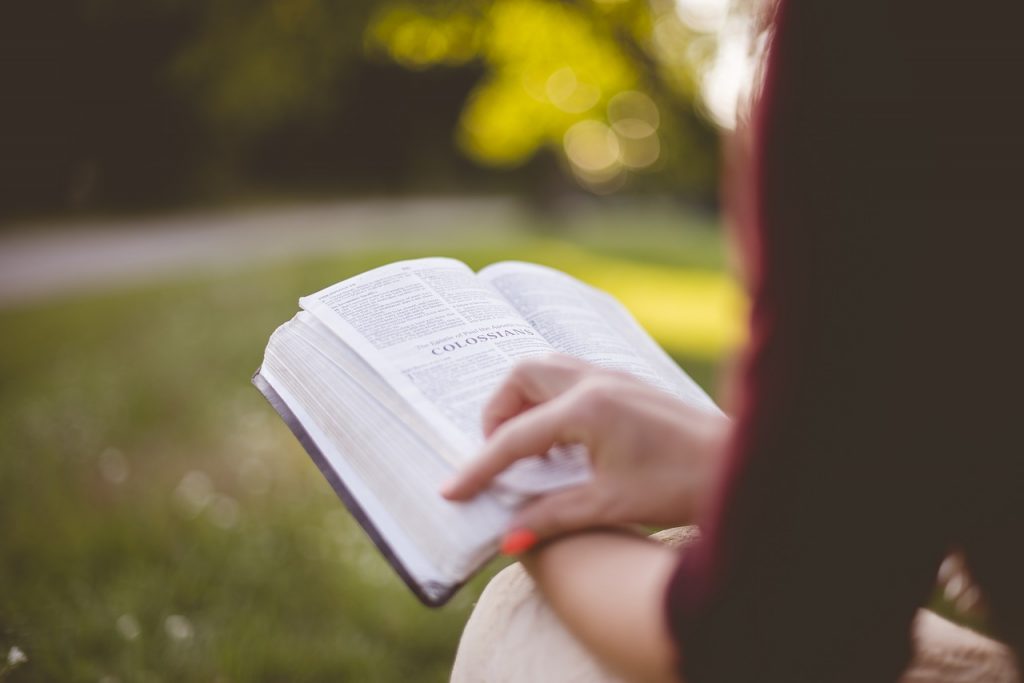 Ready? Tough question for you. What part of the Bible don’t you like? Go on say it. I can’t hear you. Speak it, there is no one to judge you. What specifically don’t you like about the Word of God? I know, hard question.

Another question, but this is a fun one!

What is your favorite thing to give to someone?

My favorite thing to give as a gift is a Bible. I can’t think of a better gift to someone than the Word of God. One time I gave someone in my community group a Bible, because she had a version she didn’t understand. Not only did she not understand it, but she didn’t even know where to begin with opening it. Forget knowing where the Gospels were located. And let me continue by saying that if you don’t know what the Gospels are, and where they are located in the Bible, it is okay.

A couple weeks after I gave her the Bible, she came back to group, and hugged the Bible as she said “This belongs to me.” You could tell by the look in her eyes that she was loving this gift that wasn’t only a gift from me, but Truth from before the beginning of time, that would be hers as a gift from the One who created the universe.

3 Reasons Why Reading The Bible Matters

Oh, my heart. If only we could all hold dear to His Word like this young believer was. But so many times we don’t, and I want to share with you three reasons why it is important to that we do.

The first reason is that it was breathed by God. Directly from Him, from His heart for yours. It is not passed down from generation to generation. It is not watered down. It is not diluted, and things were not left out to make it say what we want it to say. It is all, completely, fully inspired by Him, and profitable (providing gain) for teaching, for training in righteousness.

Righteousness: In the Greek translation in 2 Timothy 3:16 the word used is dikaiosyne (state of him/her who is as he ought to be, condition acceptable to God). Wow. His word is written to train us to be who we ought to be. And not only that…

Someone said to me the other day that God doesn’t care if she read her Bible or not as long as she was praying. Beautiful one, He cared enough for His word to be written for you. He wanted the truth of His love to be in your hands so that you can be equipped for every good work that He has for you. (2 Timothy 3: 16-17)

2.) The Bible was written for you.

The 2nd reason, is that it belongs to you. It was written for you. So many times, we don’t want to read it because we know what it says. It has a bunch of rules that we don’t want to follow, and a loving God wouldn’t put so many restrictions on people He supposedly loves.

But see, He actually breathed scripture out of love. A love that says, there is this sickness in the world that is rampant, and it is called sin, and His word carries the cure to that, a freedom from that. Jesus.  And when we don’t take the time to read scripture, we are in actuality taking the time to not embrace the love that was written for us from the beginning of time.

He wanted you to know the Truth so badly that the Truth was written, as it was written. And that brings me to the 3rd reason.

The only way to know the truth is to be in the Truth. The Word. And in it and breathing it in as if it were all true. Because. It. Is.

I have spent a lot of time in the book of 2 Timothy over the past year or so, and time and time again there are a few things that stick out to me when I read that book over and over and over… and over. One of those things is Paul’s persistence to Timothy to teach truth just as it has been taught to him.  Paul also doesn’t leave out the hard truths of His word. He doesn’t. And he doesn’t instruct Timothy to leave certain parts out either, because that wouldn’t be love.

If God breathed and inspired it as it is, nothing more and nothing less, and if Paul is persistent in the truth being spread as it is, we need to take the time to connect with God through His word. Even the parts of His word that we don’t like, well actually especially the parts we don’t like.

My #1 Tip For Reading the Bible

One thing that has helped me be diligent in staying in the Word is to have an accountability partner. We mutually encourage one another to stay rooted through reading the Bible, and we send each other our journal notes associated with our readings. Do you have someone like this in your life? If not, I encourage you to find someone, where you can mutually spur each other on, be accountable, and encourage one another.

I think I can speak for us all at Candidly Christian when I say, if you are reading our blogs but not your Bible, we encourage you to get off your computer, get off your phone, and get in the Word.

But can we end on a fun note? I asked at the beginning of this post what your favorite thing to give is. We really would love to hear from you, share it with us in the comments below!