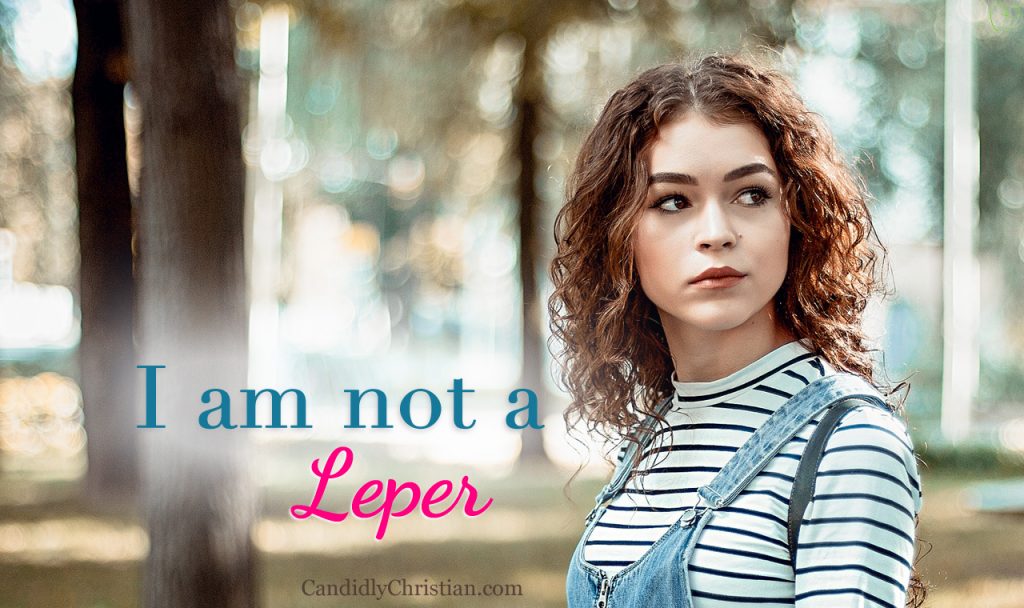 Let’s speak candidly here, right from the start. I was a lesbian for eleven years, then I was single and celibate for a year and a half. Then I got married. I had two kids (already had one prior to the marriage) and three miscarriages. Stayed with him for six years and then I left. A year and half after I left him, I realized that I hadn’t actually gotten away from my past.

While that might seem like it sums everything up rather nicely, the truth is, I’ve spent quite a while now feeling like an utter disaster, a leper among other believers. You see, I left the lesbian life after I returned to my faith and I was certain that once I married my soon to be ex-husband, that I would never have to worry about that again.

For six years I didn’t worry about it. I wasn’t tempted and really, the only person that brought it up was him. He used it against me to make me feel less than he was. He used it to say that he was somehow different than other men who would never marry me given that past. And, I believed him. I believed I didn’t deserve any better than he had to offer. But, I wasn’t thinking about returning to women back then either.

Imagine my surprise when a year and a half after I left him I found myself wishing to return to that old life. I hated that about my mind, and apparently my heart. I know God. I love God. I want to serve Him and be faithful to Him and abide in His commands and walk in the old ways, the straight and narrow. I couldn’t understand why my mind and broken heart would betray me with their desires.

You know that verse, be careful lest you think you stand (1 Corinthians 10:12)? Yeah, I thought I was over that struggle, that this particular sin had been squashed and burnt at the marriage altar. And to see it returned just filled me with some of the greatest loneliness and disappointment I have ever experienced (I’ve got quite a story).

[ctt template=”2″ link=”15Y4H” via=”no” ]”Dealing with same sex attraction (SSA) and being a Christian, and walking in community with a church family terrified me.” ~ Ginny Mink[/ctt]

Dealing with same sex attraction (SSA) and being a Christian, and walking in community with a church family terrified me. The people at the church I attended knew about my past and had, over the years, learned to accept me for who I was. But, I was safe then, I was married after all and must have therefore been reformed. When I left my husband and shaved all my hair off (in mourning like Job) they thought I was immediately returning to a lesbian life. That judgment and assumption shattered my heart. I wasn’t even considering that at the time.

The Church Saw Me As A Leper…

So, when the desires did return, I knew that I was essentially a leper there. I was going to be the untouchable one. The person people are afraid to be around because, heaven forbid, “she might like me.” It is really kind of self-centered that people think that those with SSA are attracted to them. We don’t want every individual of the same sex that we meet. Just like hetero people don’t want all of those in the opposite sex category. It’s a lame assumption, but it is one that exists.

While I wish that I could just jump on the bandwagon of those denominations and non-denominations that are standing up for those who are out, I cannot. I know what the Bible says about homosexuality. I know that no amount of conventional reasoning or times-have-changed argumentation can change the Word of God. It’s not like He didn’t know there were people who would have this struggle in life. He designed His Word to tell them that it’s a struggle, it’s a thorn in their sides, that they will have to battle for purity and holiness’ sake. We cannot negate where God stands on the topic.

Do I like this “cross” I bear? No. Do I wish He would radically remove it from my very core? Absolutely. And, maybe one day He will. But, even if He doesn’t, the fact remains, His Word is infallible. I cannot change it and I don’t want to disobey it.

I’d be lying if I said I don’t fall. My thought life is not nearly as pure as it should be. But, I have remained out of that life for nearly ten years and with His grace and power (which are sufficient for me) I will stay on His path; He makes the crooked ways straight.

So, here’s the thing I think many of you are wondering, “How do I help someone who is struggling with SSA?” Let me first delineate a very significant difference. Those who call themselves gay, and all the other politically correct words that are attached to that label, are not struggling with same sex attraction, they are embracing it.

That means, when I tell you how to help someone who’s struggling, I am not talking about your gay friend (though these recommendations are great for people with all sin conditions). I am talking about someone who has acknowledged that SSA is a sin and wants to remain pure and holy and not involved in said sin.

Now that we have that understood, the greatest helps for me have been three dear friends. One of them, my BFF, of 26 years, has pretty much lived through everything with me and never judged me or loved me less in anything. She’s been a supreme example of Christ’s love. Be that for your friend. Love them through every bit of it, but don’t be afraid to tell them “go and sin no more” either.

Another, has her own history, she gets the temptations that lie within other people. She’s not always an advice giver, in fact, she rarely is. But, she is a wonderful comforter. She is not afraid of me. She’s not scared I’m going to hit on her. She knows that when I need a hug, it’s because I want to bawl and don’t want to be alone. And, she has no problem opening her arms to me. I am not a leper in her sight. Be a safe, comforting place for your friend.

And the third, well, she’s the one that asks me the hard questions. When I contemplate walking into situations and circumstances that are certainly ill-advised, she smacks me with questions that make me want to smack her. But, they are valid, they are thought-provoking and they are convicting. Build a relationship with your friend that first establishes the fact that you love him/her, but then ensure that you can always stick to truth and that you are bold enough to ask those tough questions.

4.) Let Us Know You Aren’t Afraid or Ashamed

I recently met someone who actually volunteered to go with me to a meeting for people struggling with SSA. This is not her issue, but she was not embarrassed by my sin. She wasn’t concerned about what the people at that church might think was going on in her life. It was really quite an amazing offer. Show your friend that you are not afraid to do life with him/her. That you are not ashamed to call him/her friend. It will make a bigger difference than you can imagine.

P.S. There’s a ministry at livehope.org that has so many resources for those who struggle with same-sex attraction and those who love people who do (parents specifically). If you are looking for more help on this subject, be sure to check it out! 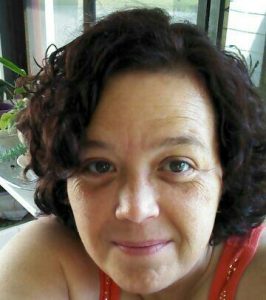 Ginny Mink is an author, journalist, poet, teacher, and speaker. Her blog, DelightAbideLove.com, offers real life looks at Scripture and struggles. And, her books are available on Amazon.