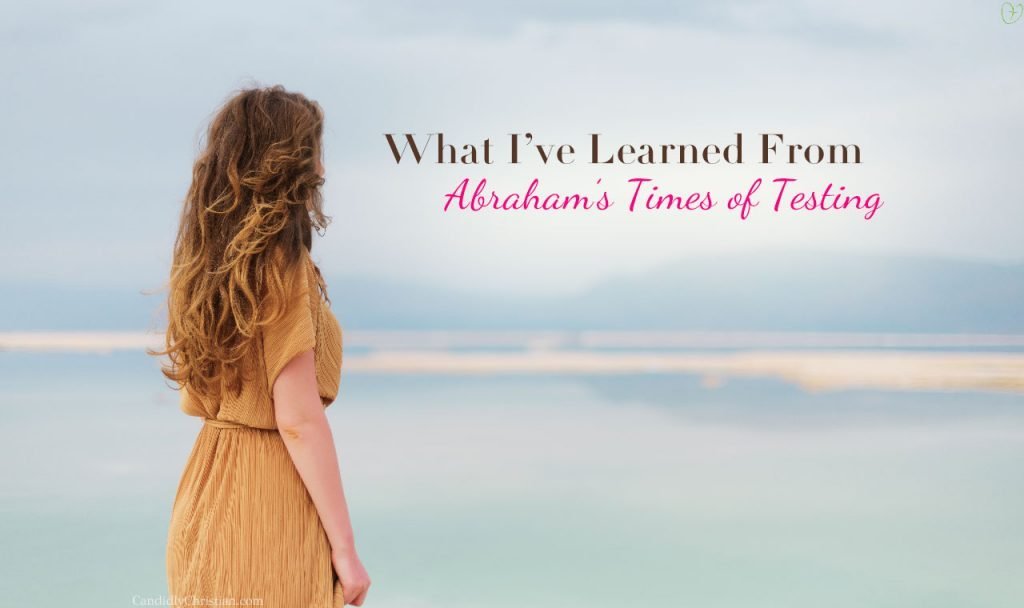 Genesis 22 is the account of God asking Abraham to sacrifice Isaac, and this has been, for me, the most profound account of God testing a follower I have come across. Now Isaac was a child born of God’s promise and power, even though his birth seemed impossible due to Abraham and Sarah’s old age. Isaac wasn’t Abraham’s only son, but was the only promised son, of Abraham, who God would confirm His covenant with, as well as his descendants.

A test is to evaluate your knowledge of something. I used to be a swim instructor and then a swim supervisor, and I would be the one to conduct tests. You had to pass the test to get to the next level of swim class, or in other words, to get to the next area of growth or expertise.

Tests are a good thing, but honestly, I tend to view it as something that reveals all the ways I fail to exceed expectation.

But when God tests us, it is not a simple quiz, but a test of our faith. The test isn’t to see if we will stumble and fall, but to confirm the depth of our faith, and genuineness of our commitment to Him.

Do we really believe what we say we believe? And when a test comes, will we stand firm in the truth that His word never fails?

So, God calls to Abraham, and he immediately says “here I am”. He is ready to hear what God has to say. Now here is the test… “Take your son, your only son, whom you love—Isaac—and go to the region of Moriah. Sacrifice him there as a burnt offering on a mountain I will show you.”

Now this seems to go against God’s promise, because right now Isaac doesn’t have any descendants. And not only that but maybe even His character, because years later God instructs Moses to tell the Israelites “I myself will set my face against those who sacrifice their children, and will cut him off from his people; for by sacrificing his children to Molek, he has defiled my sanctuary and profaned my holy name.”

And I have to wonder, would we still walk in faith when obedience seems to go against His promise and His character? And these are questions I have actually had to ask myself. Would we sacrifice what we love most, what we believe to be a gift from Him, if He asked us to?

Abraham does. And he demonstrates faith the entire journey to Moriah, even telling his servants that “they” will both return after they worship.

And then, as him and Isaac are walking together, Isaac notices they have everything they need for a sacrifice, except the sacrifice itself. And Abraham again doesn’t’ falter, as he replies “God, Himself will provide the lamb for the sacrifice.”

And Abraham grabs the knife to slay his son, and an angel of the Lord shows us and stops him. The test was over, the promise was intact.

And then Abraham looks up and sees the sacrifice. But it wasn’t a lamb. It was a ram caught by its horns in the thicket. And for so long I wondered why it was a ram and not a lamb. That was until I learned what a ram was. An adult male uncastrated lamb. The strongest of its kind, and the one that would protect its flock. It was a reflection of another promised Son that would come.

God provided the ram to die in Isaac’s place, just as Christ was the sacrifice to die in our place.

4 Things Abraham Teaches Us About Times of Testing

So, what are four things we can learn from Abraham about times of testing?

We would love to hear from you. Let us know about a time God tested you, or how you handle tests that come your way in the comments below.

P.S. Have You Heard About Our New Audio Devotionals?

We all face various trials and go through “storms” in our lives. We all get stressed out and overwhelmed. We all have bad days.

Our new audio devotionals, Candid Moments, are designed for those moments when you just need a little bit of Jesus. They are short, encouraging, and written just for you. You can find out more about them here.