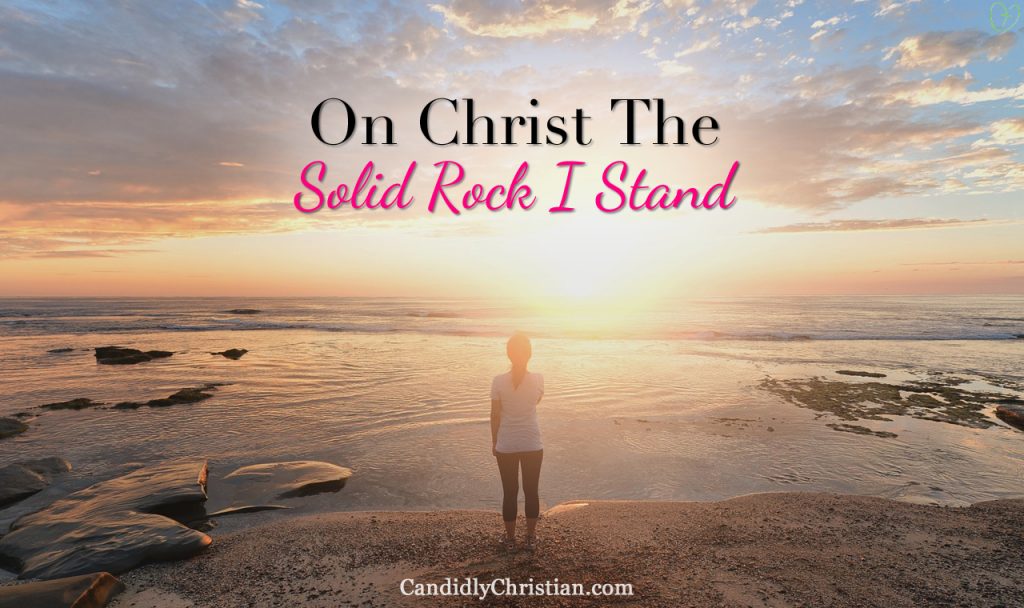 On November 30th, Alaska was hit by a 7.0 magnitude earthquake just a few miles away from where my family lives.

Everyone has their story – it’s been therapeutic to trade anecdotes with others about where we were, how we felt, and to recount the aftermath of the quake. But that’s not what this post is about. This post is about how the earthquake shook things up inside of me, rattling loose some of the securities I’d always counted on, and revealing a startling lack of reliance on God in my day-to-day.

We Planned Ahead & Trusted Our Plan

My husband and I have life insurance, so we have a plan if something were to happen to one of us.

We have health insurance, and despite an extremely high deductible, if something catastrophic happened, we could probably manage it.

We have homeowner’s insurance, and even extended our home warranty, which has helped us cover major appliance failure in our older home for a relatively small investment. But our homeowner’s insurance doesn’t cover earthquakes, and our home suffered some pretty serious foundation issues that need to be resolved… and it’s an understatement to say that it’s not going to be cheap.

So despite all of our careful planning and safeguarding against disaster, the bottom dropped out. I remember talking to the insurance company and just falling apart when they confirmed that they would not cover earthquake damage. I suspected they might not cover it because I had a memory of asking about earthquake insurance when we bought the house, and the premium being extremely expensive and the deductible really, really high. Just about nobody around here has it for that reason. But I just had this feeling that everything would be ok… until it wasn’t.

Have you ever discovered your since of security was based on a shaky foundation? Click To Tweet

When The Ground Is Shifting Sand

So even though the earth had stopped moving (for the time being… at the time I’m writing this we’re still feeling aftershocks!!), this was the moment my belief system was shaken. All of my false financial securities began to fall away like the dishes in my kitchen cabinets during the quake  – one by one, hitting the ground and shattering into a thousand pieces.

But I love what Ann Voskamp says in her book The Broken Way, speaking of Jesus taking the loaves and fish and breaking the bread, giving thanks and distributing to His disciples to feed the multitudes:

Thanksgiving precedes the miracle—the miracle of knowing all is enough. And how many times had I read it—how Jesus “took the seven loaves and the fish, and when he had given thanks, he broke them and gave them to the disciples, and they in turn to the people”? Eucharisteo—Jesus embracing and giving thanks for His not-enough—that preceded the miracle. But why hadn’t I been awakened at the detonation of the revelation before? What was the actual miracle? The miracle happens in the breaking. Not enough was given thanks for, and then the miracle happened: There was a breaking and a giving—into a kind of communion—into abundant filling within community. The miracle happens in the breaking.”

Finding Our Footing On Christ Alone

Thank you, Ann Voskamp, for that revelation. The miracle happens in the breaking.

Being whole, and wholly secure in the safeguards of the world is fine and good. But brokenness and the shattering of dreams and false security is the gateway to raw need… which gives rise to pure faith in God and God alone. And it’s the broken times when we have the opportunity to sing or shout praises to God, even when we can’t see the good He is working in it. In these precious, painful times of brokenness, we have the gift of robbing the devil of his foothold, and allowing God all the praise, honor and glory He is due in the presence of men and angels. That kind of praise is so powerful. I’m convinced our enemy cowers and flees at such praise.

And so there I was, broken, shaken – and yet all I could think of was the old hymn:

Shaken, but standing on the Solid Rock, whom I would have missed if everything around me had been still. But as the ground and my spirit quaked and rolled and rattled around violently, there in the middle of it all was Jesus. Never moving, ever faithful. Redeemer of sinking foundations. Lover of souls with misplaced securities. Gentle but strong. Just yet merciful. Stern yet tender in His rebukes. Always, always faithful.

On Christ the Solid Rock I Stand

I don’t know what you’re going through right now, but I suspect you have some misplaced hopes and securities, and that whether you endured a 7.0 earthquake or just the violent shaking of your own world in a different way you can relate to my struggle. I hope you’ll be encouraged by the reminder that if life is moving, even if it doesn’t feel like good movement, you can be certain that God is in it. Just open your eyes and you will see that there is a Solid Rock on whom you can stand, no matter what.

I’ll be re-reading this for months to come as we figure out all the details of how God is going to work, and as my faith waxes and wanes. But He has already revealed Himself in so many ways in the days and weeks since the earthquake, and I expect He will keep on doing just that as long as I keep my eyes open.

So how about you? How has your life been shaken up recently? Share your story with us. And if you’ve seen glimpses of God standing strong and solid in the midst of it all, we’d love to hear that too! But even if not, we want to hear from you – the good, the bad, the ugly. We’re all in this together.

“And my God will meet all your needs according to the riches of his glory in Christ Jesus.” ~ Philippians 4:19 (NIV)