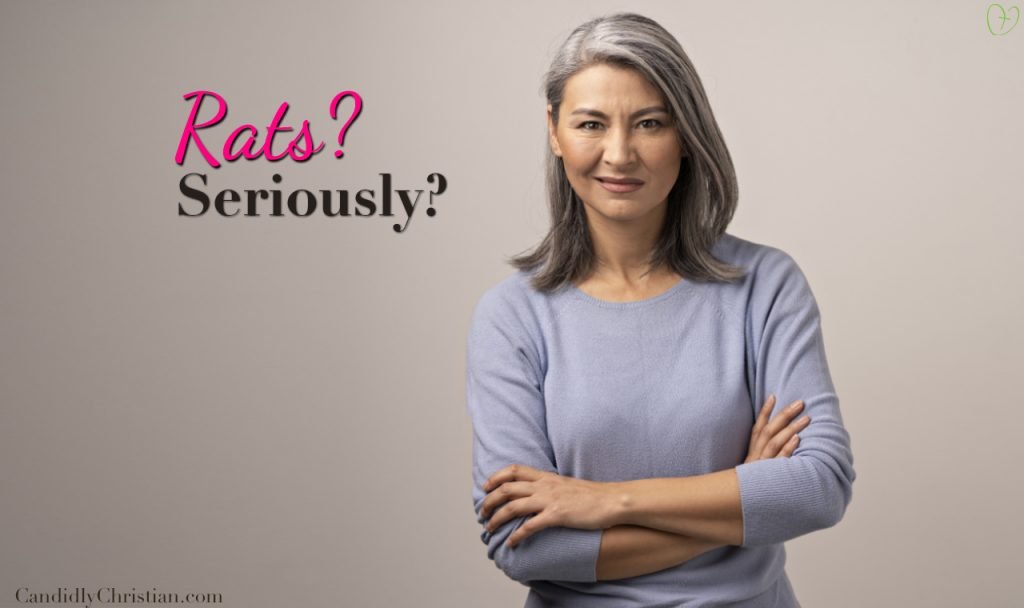 I have had a lot of dreams lately. And some haven’t been so great. I had a really short dream where a rat attacked me.

But also a reflection of my life, sort of.

That was about a month and a half ago, but the dreams about rats haven’t stopped. In my dreams I find them in my dresser, in the basement, running outside. Popping up anywhere and everywhere in my house. Ugh. It is creepy. Really creepy. And it is like no matter how hard we tried to catch them, they were still there.

Sadly, yes, they were dreams, but it was kind of our reality for a bit.

The Problem with Rats

Over the summer we had a couple really cute friends in our house. They were chipmunks, and after a few weeks they were gone. And that was it. But a month or so later we started to hear things in the walls again and we figured it was the cute little chipmunks again.

We live in a residential area, and rodents are common. Like a ton of them. Woodchucks, chipmunks, bunnies, but also the not so cute ones.

We thought the cute ones were in the house again. I can’t remember how we found out we were wrong, but we were wrong! So wrong. We realized it was rats fairly quickly, and we hoped that they would leave just like the chipmunks did.

When we realized this we started putting out traps, and caught some pretty quickly. And very quickly we realized that rats were really smart, and they stopped going to the traps because they were seeing their little buddies get killed.

We thought there were only a couple left at this point, so we kept the traps out and hoped that they would just get trapped, we switched up the bait, but it didn’t work. So, we tried glue traps, but the rats were too strong for that, and finally my dad resorted to poison, the strong kind that was safe because it was secured in little boxes that kids and our dog couldn’t get to.

We hoped this would work. But the sound of the rats running through the walls at night was creepy. It was even worse when I started hearing one in the vent above my head at night. I was fearful that one would fall out on my head. But then one came through a hole in the wall into the bedroom I was sleeping in one night.

Related Post: My Bravery (& Faith) Came to a Breathtaking Stop

So, we decided to stay in a hotel until the problem was fixed. Half of us stayed in a hotel, and half stayed at my husband’s parents’ house. We thought it would be a couple days, and it ended up being almost three weeks. The rats caused quite a mess, and it seemed like every time we were moving forward, we took two steps back. We had to extend our stay at the hotel like four times.

But let me tell you what happened: as you could imagine, it is creepy having a rat come into the room you are sleeping in. It was terrifying cleaning up the mess the rats made. It is hard hearing that there is foundational damage to your house, and it needed to be fixed in order for the rodents not to come in again. It was even harder the moment that I was cleaning behind the dishwasher, and the wires started sparking because the rats had chewed the wiring. It was a moment when you want to just give up, because what is the point?

The Point of it All

So, what is the point? And you may be asking yourself the same question, as life is always unpredictable, and always changing.  There is always going to be bad news, and curve balls thrown at you.

I am no different than many of you-I want life to be smooth. But Jesus tells us that in this world we will have trouble. It is a fact, and a truth that we can’t escape.

So, what is the point?

The point is God is faithful, despite our worst circumstances. Because He works for the good of those who love Him. When we got into the hotel, I texted my friend (the one who I had that moment on the stage with), and showed her pictures of the room, and the view. She said “I see God.” And she meant that she saw His faithfulness in my life. Him providing us with a beautiful hotel room with a few of the harbor, at an affordable rate.

And when the wires were sparking, I found out later that my friend had been praying for me at the exact moment it was happening. Yes, He is indeed faithful.

The point is to endure, despite circumstances. Our circumstances don’t change who, or whose, we are. Circumstance didn’t change who Jesus was, or what Jesus came here to do. He didn’t run away when things got hard, in fact “hard” led Him to His knees, and to endure the path to the cross.

The point is that Jesus didn’t come to be served, but to serve others.  When we face difficult circumstances, we can’t forget our purpose. The first night in the hotel, I wanted to room to feel a bit like home. It had a small kitchen, so I went to the grocery store, to get food and flowers to make it seem more like home.

Related Post: The Unexpected Power of Prayer & My Bitter Heart

When I got to the grocery store, I was tired. And I don’t mean physically, I mean emotionally. While checking out, a girl I had gone to school with when I was growing up, was checking out next to me. I said hi and asked her how she was, and the first thing she said was “I just found out this week that I have cancer.” Without question, I grabbed the flowers, and said “these are for you.”

I don’t share this with you to pat myself on the back, but because I think we all need a reminder that we need to meet the needs of those around us. I can get so caught up in my own life, and forget that those around me have needs too. Honestly, I had a “poor me” attitude walking into that store that day. And for me this was a huge lesson, that this isn’t about me. It is about Jesus, and Jesus was faithful, He endured, and He served all the way to the cross.

"Jesus was faithful, He endured, and He served all the way to the cross." Click To Tweet

We would love to hear from you in the comments below.