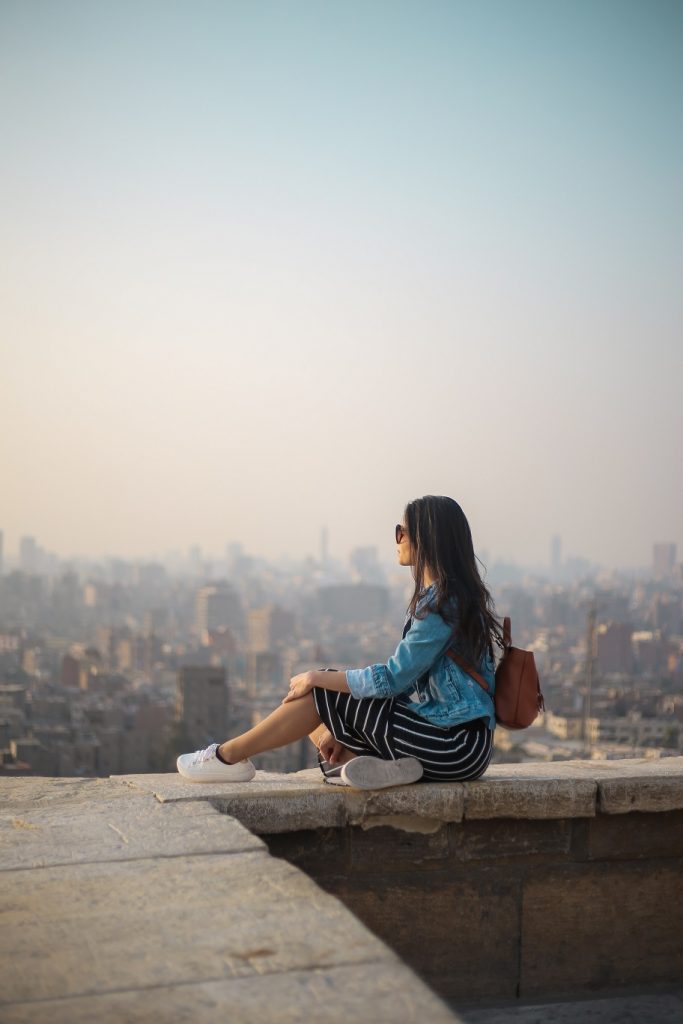 We all have dreams. We all have these expectations of where we’re headed, what things will be like when we get there, and how God might use us along that journey. I know lots of times those dreams and expectations don’t wind up looking the way we dreamed they would.

But what about when you know it’s God leading you somewhere, you know you have a calling on your life, but somehow, at some point, things seem to go off the rails? What about when the dreams don’t line up at all with the reality, yet you still know you’re on God’s chosen path for your life? What then?

I was thinking about this when I recently read through that passage about Joseph’s life again. Joseph had prophetic dreams that his parents and brothers would bow down before him as if he were a great leader. Joseph was a teenager or young adult back then, and yet, very soon after those dreams, Joseph was sold into slavery, betrayed by the people who he thought were going to acknowledge him as a leader someday. He was taken so far away that he’d have likely assumed he’d never see his family ever again, much less be a ruler in their presence.

Then, to top it all off, he began seeing other people having their dreams come to fruition. God was sending prophetic dreams to people and using Joseph to interpret those dreams, and having those prophecies come to life right before their eyes, right then at that very moment. This happened at least twice, perhaps more, because Joseph was known as one who interpreted dreams accurately. He was known as someone who God spoke through, yet his own life prophecies lay unfulfilled.

How easy would it have been for Joseph to grow angry, disillusioned, bitter against God? Yet he never seemed to. Everything indicates that he remained steadfast. Perhaps he had moments when he wondered, maybe even doubted, but the Bible doesn’t mention them.

The takeaway I get from that fact is that Joseph never lived in doubt. He may have had some, but he didn’t dwell on them, nor allow it to grow into bitterness. He might have directed questions to God but didn’t let those questions shake him from the path God had set him upon.

At one point, I believe God called me to missions. I was set on that path, excited about it, doing everything I knew to prepare myself for it. Then that path took a detour. Frankly, I don’t even know if it could be called a detour, as that implies the same ending I was expecting. I don’t know if God’s going to have this nearly life-long journey be a detour, or I’ll find out that He had different plans all along.

So many things in between, so many people to help along the way, so many testimonies, so many hardships and injustices and heartache and victories.

But through it all, Joseph stayed true to God. I know this not by what he said, but by what he did.

During that journey, Joseph just took care of what was in front of him. He did his best in the things that were set before him – taking care of his master’s household, helping a jailer manage the dungeons, comforting those who needed it, standing up for what was right, holding fast to God’s commands, doing what was right in the everyday mundane things of a life he wasn’t expecting, hadn’t asked for, and didn’t know if anyone would ever notice – ever. Most of the time he was toiling in obscurity.

And all that inspires me to just do the things that are set before me.

It’s not always easy, because I like to know what greater purpose there is in all this mundane activity. Often God has to remind me that most great things are just made up of tiny little mundane things.

He’s also got to frequently remind me that it’s not up to me to know the end results of everything beforehand. Often I have to be reminded that the kind word to a hurting brother or sister in Christ, the smile, the help along the way to a needy family, could have an impact I’ll never know. The little action is all God calls me to. The impact it makes is up to God.

When you don’t know what else to do, just do the things you know you should do. Trust God to lay out the path before you, and take you where He wants you.

Do You Believe Dreams Come True?

Do you ever have moments like that? Moments when you wonder how God seems to lead some people so decisively, but you seem to wander from one thing to another? How do you handle those moments? How do you pray about that in your daily life?

Recommended Christian Books on this Topic