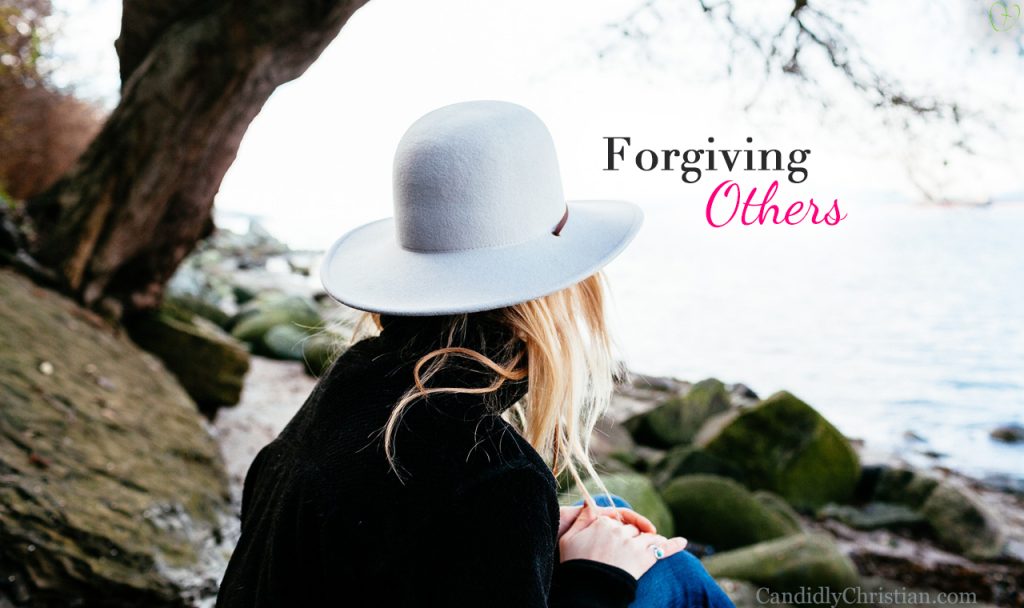 I thought I could trust her. She was my friend and my confidant. We shared everything. It still stings, but betrayal always does.  In my heart, I was crushed because the place where I had been able to be myself for years was no longer safe. Have you ever felt the betrayal of a friendship?

I will never forget the day when what I spoke in confidence to my best friend came back to me through someone else. But what she shared wasn’t gossip about anyone. It was about me.

It was about a struggle I was dealing with personally. I knew exactly where the other person had heard it because my friend was the only one I told. I could not figure out why my friend would do such a hurtful thing. Trust was equally important to both of us, and now that trust was broken.

I was hurt and angry.

I cried myself to sleep for days.

When I confronted my friend, she confessed she didn’t think it was that big of a deal. Maybe it wasn’t to her, but it was to me. She didn’t even apologize for her actions. Betrayal in a friendship is hard especially when you have been friends for as long as us.

Sheila was hurt and angry. She cried herself to sleep… but her friend didn't think it was a big deal… Click To Tweet

We didn’t speak for weeks. I wallowed in hurt and licked my wounds, vowing never to allow anyone other than my husband to get that close again. I must be honest and say I wanted to take revenge and share some of her secrets to let her know what betrayal of friendship felt like, but I didn’t.

Because Jesus stepped in.

I found myself in the book of Luke reading about the Last Supper. It was there that Jesus foretold the story of a disciple named Judas who would betray Him with a kiss for thirty pieces of silver.

After supper, he took another cup of wine and said, “This cup is the new covenant between God and his people—an agreement confirmed with my blood, which is poured out as a sacrifice for you. But here at this table, sitting among us as a friend is the man who will betray me. For it has been determined that the Son of Man must die. But what sorrow awaits the one who betrays him.”

I began to think about my own betrayal experience and realized I too had betrayed Christ because I wasn’t willing to forgive my friend, even if she didn’t ask for it. Instead, I had allowed this betrayal to fester and eat away at my soul just like it did to Judas. Judas ended up taking his own life in remorse for what he had done to Jesus because he didn’t have a repentant heart. I may not have been physically taking my own life, but I sure was destroying my spiritual life.

It was at that moment that Jesus spoke to my heart and whispered, “I died for every betrayal that mankind has committed against me and each other.”

I began to weep knowing what I had done to Jesus, my friend and myself. It is true, we all experience being the betrayer and the one betrayed at one point or another. But then there is the cross.

The way to get past the betrayal is to go to the cross first and ask for forgiveness, not for your betrayer, but yourself. I could allow the enemy to keep infiltrating every thought and continue to become bitter, resentful and even angrier, or I could forgive and allow God to restore, renew and refresh my soul.

I Had A Choice

It was my choice. What was more precious to me? My anger from the betrayal, or my friend?

If I chose to continue in my bitterness and anger, it mocked Jesus and what He did on the cross. I could no longer justify my feelings of unforgiveness. It was there in plain sight. I couldn’t withhold forgiveness from the person who betrayed me and expect to receive forgiveness for myself. It doesn’t work that way.

I had taken Satan’s bait; hook, line, and sinker. The loss of our priceless friendship had cost far too much.

I wish I could say we made up in a few days, but we didn’t. However, though I reached out numerous times, but she didn’t respond. I kept praying for restoration not knowing if it was ever going to happen, but finally, it did.

It was ten long years before we spoke again, but our conversation was filled with love, forgiveness, and grace. We prayed and cried together and shared how much we missed one another. It was obvious we had both grown in the time we were apart. We were ten years older with more faith and a deeper understanding of forgiveness than when we were in our 20’s. Jesus taught us important lessons and healed both of our hearts.

Thus, I encourage you, get rid of all bitterness, passion, and anger. No more shouting or insults, no more hateful feelings of any sort. Instead, be kind and tender-hearted to one another, and forgive one another, as God has forgiven you through Christ (Ephesians 4:31-32).

Have you ever been betrayed by a friend? If so, I am sorry for your pain and hurt. It is not an easy place to be. But, I do know with Jesus, forgiveness is a beautiful gift you can give to each other.

We’d love to hear from you in the comments below. Feel free to share part of your own story or your feelings on forgiveness.

Have you ever been betrayed by a friend? Sheila has. Read her story and join the conversation here… Click To Tweet

Sheila Schweiger-Rhodes is an author, speaker, blogger and the founder of JesusGlitter.com where she encourages others to look for Jesus in the everyday moments of life and "Be the Sparkle!" Sheila has been described as deeply passionate, profoundly uplifting and completely authentic. Her passion is to share the message of God's redeeming love and offer the encouragement, love and hope to those who have been wounded by life. Sheila resides in Maryland with her husband Dave. Together they have formed a blended family of four adult children and three grandchildren.