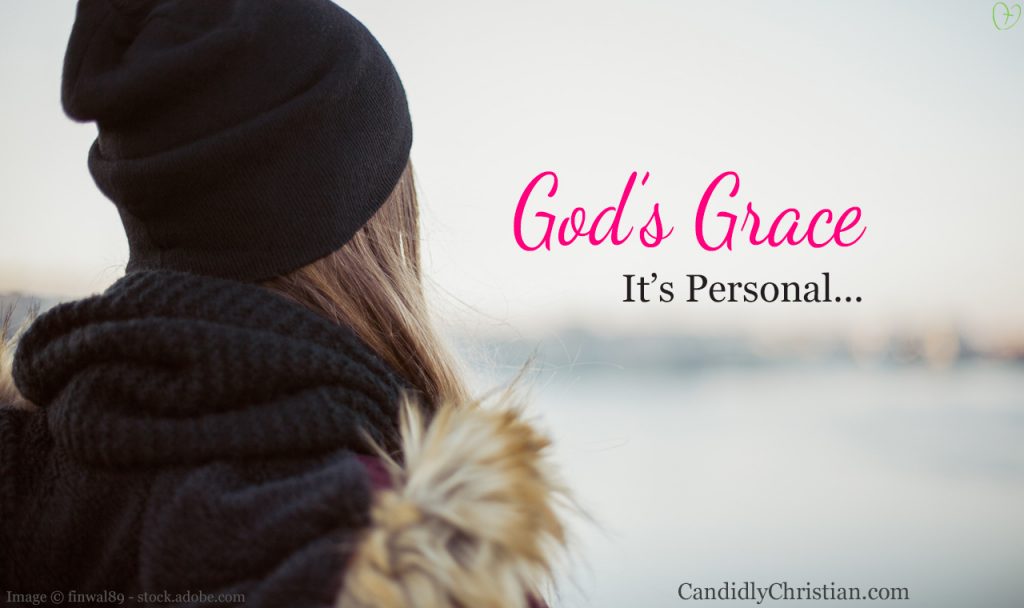 Has God’s grace ever surprised you? Have you had those moments when you know in your head that something about God is true – you believe it – but then something happens and it becomes personal to you? You now understand it?

The Grace of God

Years ago, I had a traumatic medical experience. The Sunday before, my pastor had preached on the grace of God, reiterating over and over again, adamantly even, that God’s grace will take care of you. I believed what the pastor said – I believed in God’s grace helping in time of need. Then I went home, and as most of us do, we sort of forget what we just heard. Not that we intentionally forget, but we don’t necessarily think on it much.

Then the next week happened. I was undergoing a medical procedure on Thursday, and that Wednesday night, back in church again, the sermon from Sunday came back to me in full color. Suddenly I heard it again – God’s grace will take care of you – of me – and while I was still scared, I also felt more secure.

We can know something about God without it being personal, first-hand, real knowledge that penetrates our hearts. Click To Tweet

That next day was not easy, but I also was not alone. I can only describe it as God wrapping me in His arms and holding me tight. God held me, and I could feel it. Physically and spiritually. And that was the real manifestation of God’s grace in that moment.

I just want to attest today that God’s grace is a physical, tangible comfort when you’re going through something that no other comfort is going to alleviate. It’s God wrapping you up in His arms and holding tight.

And you can hold on to Him, too.

I know sometimes – oftentimes – when bad things happen, we get angry. It’s understandable, because we don’t like to be hurt.

But sometimes anger comes from misplaced expectations. God never promises there will be no trials, but we expect to be safe from harm when we’re walking in God’s will. What happens though is that our definition of harm is different than God’s.

We consider pain, difficulty, illness, loss to be harmful. But God doesn’t always see it that way. And when our definition of things doesn’t match God’s, we can get angry, because we’re expecting God to save us from all that pain. Instead God says He’ll walk through it with us – but He’s not going to save us from it completely.

I can’t say I enjoy trials. I can’t say that my medical emergency was one that I walked through with complete confidence, head held high, ready to take on the world. What I can say though, is that the memory is dear to me.

Such an odd thing to say, I know, but the memory of the closeness of God’s grace is precious. It gives me assurance now that if I need God’s grace again, He’ll be right there with His presence to grant that special comfort that only His presence can give.

And I’m not any more special than anyone else. God’s grace is freely given to all of His children. So I know with just as much certainty that at any time, if any of His children need His presence, they have it.

When you need God’s grace, your cup will run over with abundance as well.

Sometimes, when bad things happen, we walk away with a life lesson we wouldn't trade for anything. Click To Tweet

Weigh In on God’s Grace

Have you ever had something about God surprise you? Something you thought you understood, but then when it became personal to you, it seemed to take on more dimension?

Perhaps through trial or victory?