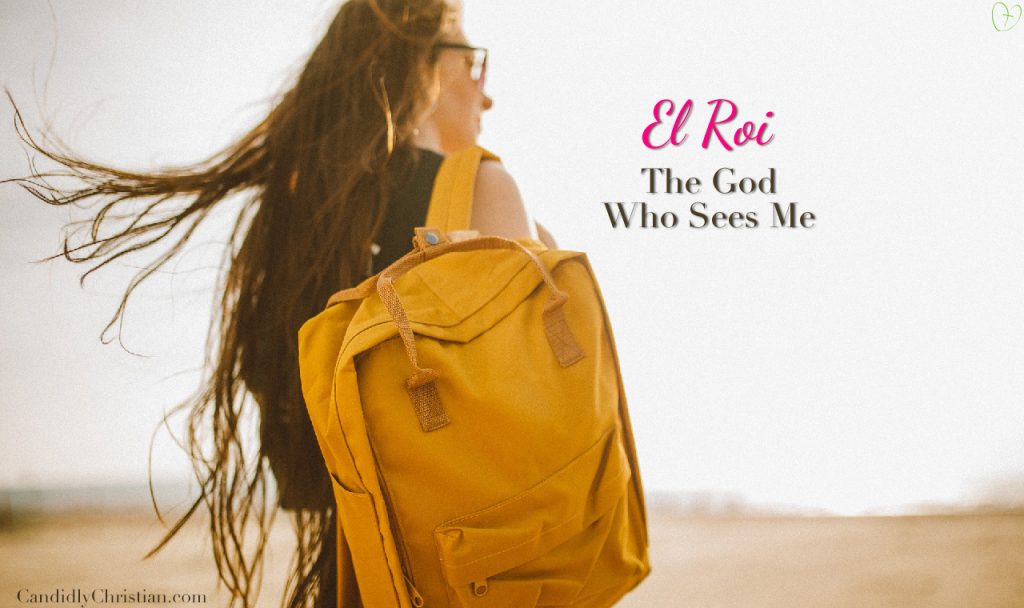 Clinging to God’s promises when you wake up in the wilderness with Valerie Riese.

As I woke up and my mind began to orientate to a new day, reality hit like a sucker punch. I’m walking  through the wilderness called “cancer”, and for the ump-teenth day in a row, my first conscious thought was “No, God! I don’t want to do life today!”

As a Christian, I’m ashamed that I’m not rejoicing for the day the Lord has made. I write to encourage Christian women, but in this season, I’ve feel like a fraud. Even so, I know I’m not alone in my grumbling. Perhaps you’ve never admitted it to anyone or even to yourself, but I bet you’ve snubbed your nose at the morning sun too, probably more than once.

However you come to the place of ungratefulness for the life the Creator gave you, I’d like to tell you that Jesus is not shaking His head thinking “Wow, I really thought she was the real deal.” In fact, Jesus is well aware of the ingratitude you’re trying so hard to cover up. He wants to climb down to join you in that raunchy pit of self-pity to put His arm around your shoulder, because He is “El Roi”- the God Who Sees Me.

Valerie is not always thankful for a new day. Find out why: When You Wake Up in the Wilderness Click To Tweet

The God Who Sees Me

One of the first names of God revealed in the Bible is “El Roi”- the God Who Sees Me (Genesis 16).

Abram’s wife, Sarai couldn’t wait for her promised son any longer. They were both well beyond child-bearing years, and she’d lost hope in God’s promise. She took matters into her own hands by giving her maidservant to her husband. The Egyptian slave, Hagar, had no choice but to spend the night with Abram and serve as Sarai’s surrogate. When Hagar conceived, she rubbed it in Sarai’s face, and Sarai responded in kind with cruelty.

One day, Hagar decided she just couldn’t do life today, and she escaped by running to the wilderness. Just when she thought she was on her way to creating a new reality for herself, an angel met her with a message from God: She would become the grandmother to a nation, and she must go home. Hagar called the Lord “The God Who Sees Me” and obeyed.

Hagar was a young slave who was forced to sleep with her 90-year old master to bear a child she couldn’t even call her own. And her reward was harshness from the very woman whom she’s obeyed from the start.

Do you think this was the life Hagar had in mind when she was a girl? I imagine she had a few mornings where she woke up with an ungrateful heart. Who can blame her for wanting to run from the mess she did nothing to create?

God saw Hagar run and hide from life, but He didn’t shake His head at her failure to appreciate the gift of life He’d given her. Nor did He scold her for her inability to handle herself with grace and poise. He encouraged her with a promise, and He told her to go back to fulfill it.

He didn’t promise Hagar it would be easy or that He would fix the situation to suit her preferences. In fact, He told her to submit. She had to walk through this season and face it, as is, for a greater purpose.

If you resent the sunrise as nothing more than a new opportunity to confront the mess you didn’t even make, please know that God sees you, but He’s not ashamed of your complaining. He meets you in your wilderness, bad attitude and all, with a promise that good will come it if you submit to His Word.

If you don’t know what good He wants to make of your wilderness, ask Him, pray, and learn about His promises. Sometimes the promise will be for you, and other times you will be a vessel to fulfill His promise for others, as it was for Hagar.

Just know that He sees you and He’s not ashamed of you. Let Him join you in your wilderness, so He can tell you about His promise.

How has God used a wilderness season in your life to fulfill a promise for you or someone else?

Valerie is a wife, mother, blogger, and breast cancer survivor. After suffering years of debilitating anxiety, she learned that victory over anxiety comes only through surrender to Jesus. Now Valerie writes to point women to the Prince of Peace as co-director and Prayer Team Liaison of Candidly Christian, and as a NACWE blogger. You can read more about Valerie's story on Medium @VictoryThroughSurrender