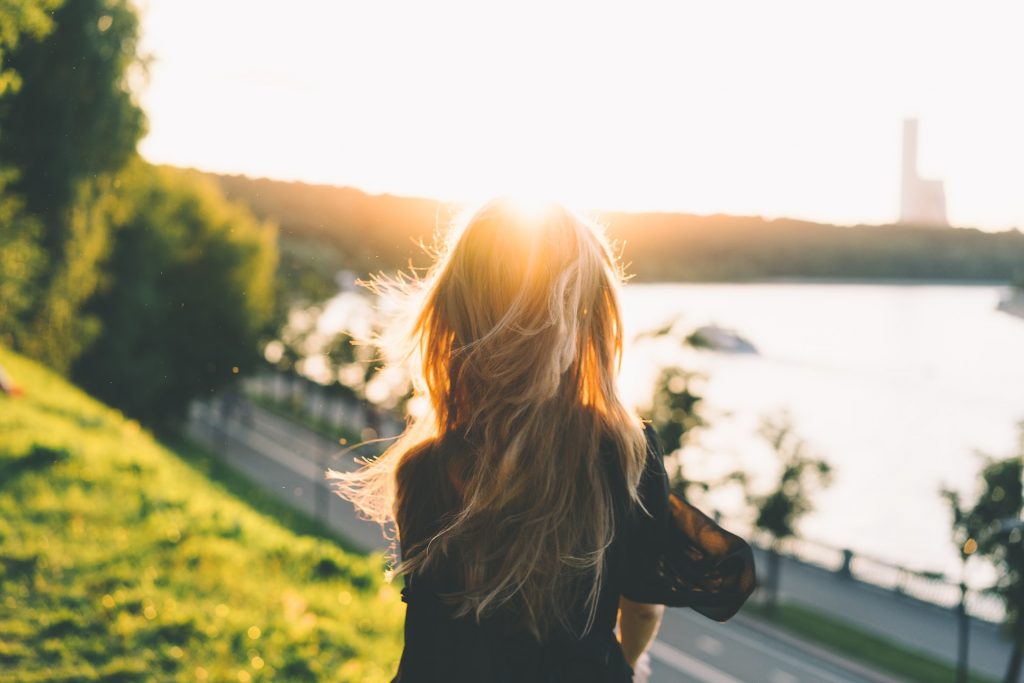 Recently, I started a new job, which has not been a smooth transition. I’m sure I haven’t navigated this change as gracefully as I could’ve, but I’m doing the best I can.

For the first month of working there, a group of us traveled from Texas to California to train with the people currently doing our jobs. I’ve spent countless hours with the same group of coworkers and we’ve learned so much about each other in a short period of time. After the first week, I felt like I had known some of these people for years—it’s amazing how being in such proximity can lead to deeper intimacy.

God is Doing a New Thing

One of the women is an incredibly kind human and I’m so happy to know her. During dinner one evening, she asked our advice on something she was planning on doing. When I told her what I thought, the Lord kept saying the word “new” to me. It’s a new season for her and he’s restoring her identity in ways that she didn’t expect.

The next day, I was talking to another girl who is moving to Texas with the company, and again, the Lord kept saying the word “new” while I was talking with her. This is a fresh start for her, a reset, something completely different than she has ever experienced before.

Two of my dear friends are moving to another state at the end of the year and, again, “new” is the word that perfectly describes their season: new job, new house, new responsibilities, but more importantly, new assignment, new authority, new mission, and new capacity.

Through the transition and every word of “new” that has come my way over the past few weeks, I have been focused on the following verses, unable to move past this idea of the “brand new” that the Lord is doing.

“This is what the Lord says—
he who made a way through the sea,
a path through the mighty waters,
who drew out the chariots and horses,
the army and reinforcements together,
and they lay there, never to rise again,
extinguished, snuffed out like a wick:

“Forget the former things;
do not dwell on the past.
See, I am doing a new thing!
Now it springs up; do you not perceive it?
I am making a way in the wilderness
and streams in the wasteland.”

The Lord had spoken these words to the Israelites who had been through horrendous circumstances. They had been subjected to extreme conditions, been through terrible wars and bloody battles, had been subjected to hatred and captivity again and again, and yet, God gave them this promise. The hard times and the perilous seasons they had lived through were not for nothing; they were merely the preparation for the new God was about to do. God was calling them to shake off the former identity, the slave mentality, the haggard and worn-out they had carried for so long and put on something new.

And I feel like He’s calling us to do the same.

It’s so easy for me to take on things that aren’t mine. I can easily agree with voices that call me “worthless,” “less than,” and “a waste,” but I have to tell those voices to shush and go away, replacing them with the truth of who I am in Christ. Those lies I used to believe don’t define me anymore because I am new. I can shake off those things I once used to protect myself from others, because I have an ultimate protector who cares for me. I can choose to take up the fullness that is available to me in Christ, instead of settling for the scraps of a “good life” I can create for myself by myself.

Behold, He is doing something entirely new, transforming you from the inside out.

No matter the circumstances, you are still becoming new.

Do you perceive it?

Can you believe it?

Comment below with what God is doing in your life to transform you into someone new in this season of your life. Is that something you struggle to believe, or do you see it all too clearly?

[ctt template=”2″ link=”dkgiI” via=”yes” ]No matter the circumstances, you are still becoming new.[/ctt]