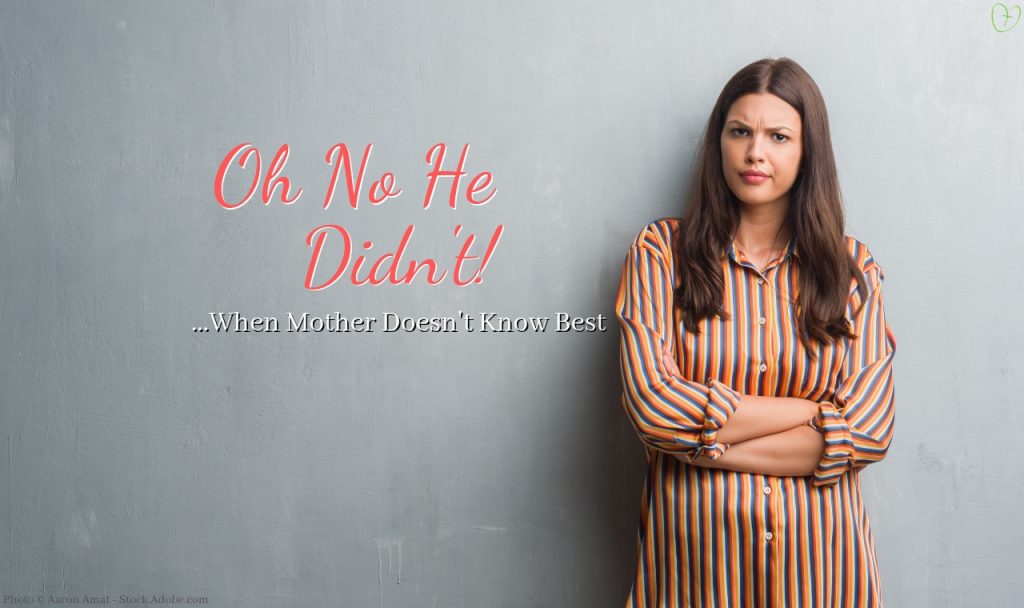 But maybe I should broaden the brush a bit.

What Made My Mama-Blood Boil?

These teen guys were preparing for a youth event at our church and their attitudes were anything but Christ-like. (And yes, I may have been conveniently ignoring my own unholy anger… I’ll get there.)

They were laughing at my son because he was going to miss the funnest part of the weekend, and I was mad.

After dropping my son off at the church, I called my husband in a huff. Ranting and raving about just how wrong they were. He simply told me they sounded like normal teen guys, doing what normal teen guys do.

I told him of my grandiose plans to call the leader of their host home for the weekend and suggest he teach them about loving like Jesus. My husband politely listened, knowing full well that I am an introvert and it wouldn’t be hard to talk me out of making that call (which he did).

I ranted for quite some time. He calmly rebutted every point I made. In the end, nothing had changed, I just felt really foolish and knew it was beyond my control.

Maybe that was the lesson I needed that day. Because, can I be honest and say that I am one fierce mama bear? If you do my kids wrong, or if I think you do, I become irrational. And quite frankly, it’s downright sinful.

Last fall, Parker J. Cole had me on her radio show on WPJC 104.5 and we talked about the spiritual war that surrounds our mama bear instincts. How when you find out someone did one of your babies wrong, you go into protection mode, not necessarily prayer mode.

And I’ve been noticing that about myself more and more lately. I find myself eyeing the girl that hit my daughter in gym class as she comes out of the school. Or we had a situation with one of the kids friends that was quickly resolved and everyone was forgiven… except I was the one who didn’t let it go. It was me who couldn’t move past it.

God has really been convicting me of this lately and that incident with the guys laughing at my son was just like the final nail in the coffin kind of thing. And, because God knows, it was at just the right time. The guys were at the church for the weekend and the girls were at a friends, so I had a ton of alone time to work through it.

I’m not saying I’m there. That I’ll get it right from here on out (I won’t). I’m just saying, I’m listening. That I’m aware of it. That I’m praying for my kids, and for those who do them wrong. Because I know my kids don’t get it right 100% of the time. And I don’t either.

We all need grace.

I’m ready to stop hording it from those who hurt my kids.

There is so much more that I could say on this subject. So much more God is doing in my heart. But I’d love to hear from you.

How do you respond to people who hurt your kids? Whether it’s another kid on the playground or an adult who was out of line? Let me know in the comments below.

How do you respond to people who hurt your kids? Whether it's another kid on the playground or an adult who was out of line? Click To Tweet