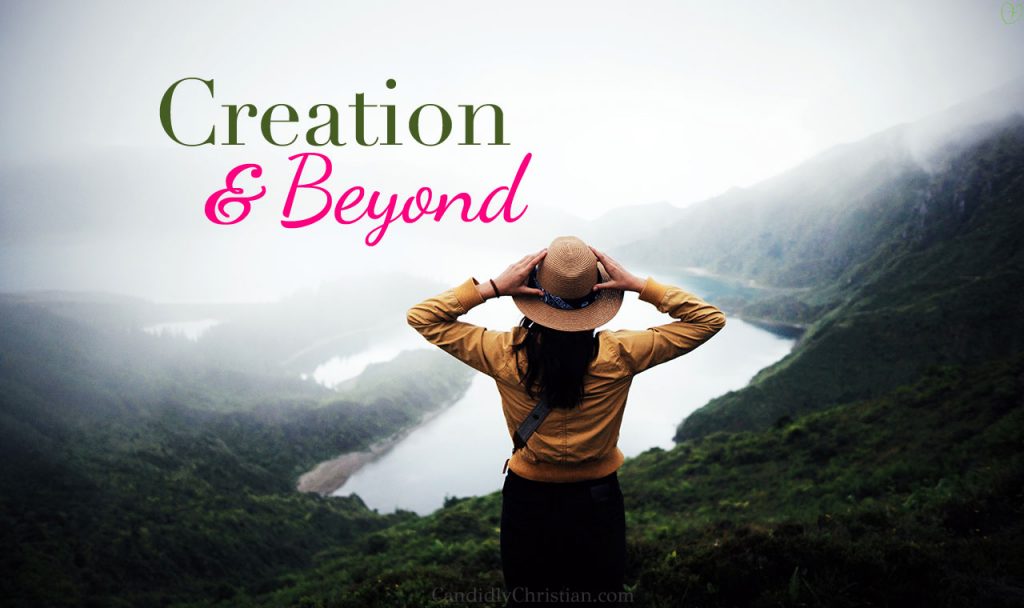 The story of God creating the world is, in my opinion, one of the coolest stories in the Bible.

God took nothing and He made something from it—how amazing is that?!

There was literally nothing, only God, and He decided that He was going to express His overwhelming love through creation.

I encourage you, when you have a moment, to spend some time in Genesis 1, reading through it line by line, and imagining what that might have looked or felt like.

The creation story always inspires awe, wonder, and gratitude in me.

God begins creating to His heart’s content. He creates light, water, land, earth, animals, plants, and people in spectacular fashion. Here’s one of those verses:

And God said, “Let there be a vault between the waters to separate water from water.” So God made the vault and separated the water under the vault from the water above it. And it was so. God called the vault “sky.” And there was evening, and there was morning—the second day.

And It Was So…

Did you notice in the middle of those verses is the phrase “and it was so”?

To me, this is one of the most powerful verses in the entire Bible.

During this story, God speaks and a thing happens.

He says “light be” and the light exists.

The light doesn’t argue with Him or suggest an alternate plan. The light doesn’t think that it would work better if it was done another way or claim that certain conditions would be more favorable for the light to be. The light didn’t say it wasn’t in the mood to be and that God should try again later—He spoke and it existed. It was that simple.

The Bible tells us that God is the same yesterday, today, and forever, which gives me incredible hope. This means that the power in God’s words didn’t diminish as time moved from the Old Testament into the New Testament and into our lives today. His voice and His words are just as powerful as they were when He was first creating the world.

The creation story helps me to have faith that God’s word is true, binding, and irrevocable, even when the world doesn’t look as I wish it to.

God calls me “worthy” which remains true no matter how I feel on any given day.

He says that I’m His daughter and when I long to run away from Him, my title isn’t revoked.

Jesus’s words “it is finished,” stay true even though I still struggle.

For me, the creation story reminds me that God is good and faithful. Even though things rarely look how I want to, I can trust His Word and count it as truth.

This means that when Jesus’s work on the cross was done, it was truly finished. We don’t have to do anything else or struggle and toil for a relationship with God—that’s completed, we just have to walk in what He’s done. All of His promises are true and when He calls us His children, we are His, even when our world doesn’t look as picturesque as we might like.

The story of creation is the beginning of a wonderful love story that’s still being written by our God who we can trust. This story is an opportunity to put our faith in Him a little more—I pray that we believe His words even when our circumstances don’t match up, knowing that He is working for our good and His glory.

Let’s lean on Him today, seeing our circumstances through His Word and not the other way around.

"The story of creation is the beginning of a wonderful love story that’s still being written by our God who we can trust." Click To Tweet

If you liked this book, pick up a copy of Sarah’s devotional, His Story. His Story is a devotional that dives into exactly who God is according to the Bible. It’s so easy to get blown away by the storms of life, but we can be confident in the promises of God because of the character of God. The days in this devotional aren’t numbered, so you can go through this study in the order you need. Make this study your own and set aside time to intentionally connect with God each day. Available on Amazon.